Down a rabbit-hole with… Ashley Beedle

The first in a series of ‘down a rabbit hole with’ blogs. First up some cosmic jazz funk dub disco business with… Ashley Beedle

There I was perusing the Weatherall-related delights showcased on The Flightpath Estate Facebook page, when I happened upon this rather splendid Aloof remix by Ashley Beedle. Who wouldn’t be enticed by a Nautical Cosmic Break mix? 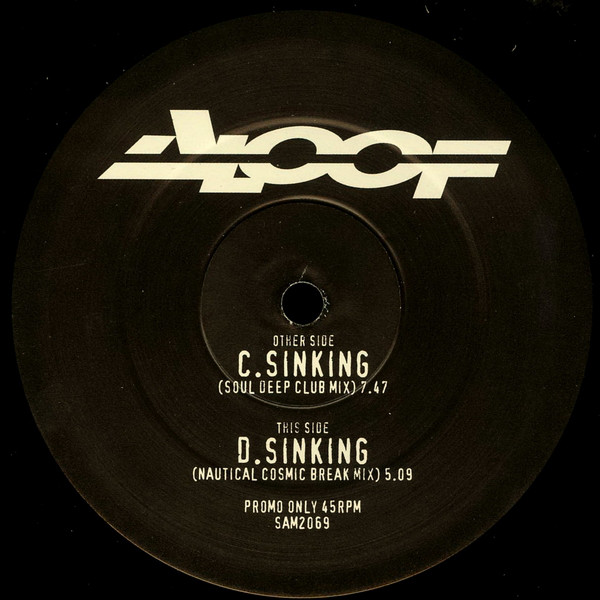 But not being available on Youtube meant I had to dig deeper and came across this wonderful unofficial compilation of his remixes on the Future Vintage blog. The compilation has been removed from the blog by The Man but The Man cannot contain the inexorable march of music-sharing technology and use of alternative means bequeathed me The Remix According to Ashley Beedle Volume 1, which focuses on his down- to mid-tempo remixes. It’s an absolute corker.

Of  course, I was well much aware of Ashley’s dancefloor killers since at least 1993, when this one was tearing up the ‘floors of Manchester, Warrington and beyond:

And, more recently, I was perfectly aware that he had produced the best track of 2017, thanks to  Weatherall championing his sublime remix of Unmask Me:

But I kinda presumed it was a one-off. Y’see, I’d always kinda distrusted this sort of thing. My taste has evolved around a techno-reggae axis rather than the house-jazz continuum, which I tend to eschew. I always thought Ashley Beedle came at rave from a West London, acid jazz, disco slant rather than a post-punk, electro-pop, dub psychedelic angle. It was hipster house, a wannabe-Philly/NYC garage ting; not genuine and dirty acid house, techno, rave jungle. More ‘disco swing for hipsters in hats’ than Jockey Slut’s ‘disco pogo for punks in pumps’.

It’s only now that I realise that Ashley Beedle is probably to house-jazz heads what Andrew Weatherall is to techno-reggae heads. He’s just as prolific. And with a little bit of hindsight and, er, maturity? Er, less purist punkish tribalism? I guess I can appreciate his oeuvre.

But it ain’t all about house-jazz with Mr Beedle. This was the revelation. The dub is never far away and his drum programming is delightful. Here is a deep, down and dirty dub trip hop joint:

Back on more familiar housey jazzy territory, tracks like the following transcend most of the crap I associate with the genre.

So, this clearly required more digging.

Spotify wasn’t much help as there are no releases from his ’95-98 outfit the Ballistic Brothers but a survey of DJ mates revealed the reggae is never far away. Thanks to Beatwell for suggesting this from the 1995 album London Hooligan Soul:

And who could resist this Cocteau Twins-esque swirl on the 1997 follow-up Rude System:

Meanwhile, Ashley also found time to squeeze out the “essential” (according to Matt nearest Faraway Place) Walter’s Room album in 1996 with Black Science Orchestra (nope, that’s not on Spotify either), while continuing to bring the sunshine on remixes like this:

There are corners of the internet that claim 1998’s Future JuJu by Black Jazz Chronicles is Ashley’s masterpiece and this dilettante wouldn’t disagree.

This is jazz not jazz as played by Sun Ra and his Arkestra via Madlib’s briefly brilliant Yesterdays New Quintet with echoes of Carl Craig, Larry Heard, Drexciya and LTJ Bukem’s Logical Progression.

Skittering drum’n'(double)bass rubs up against space samba, Detroit (still) future-techno, dub techniques and a South Pacific strut. A bit of ambient sunshine, a saxophone, a trumpet dreaming cosmically, then a bit of James Brown funk or a simple piano melody. Splendid:

That’s four good-to-classic albums in just three years but what has happened in the 20 years since then? Unmask Me made it beautifully clear that Ashley is still dropping classics, so what else is there?

Well, X-Press 2 got pretty popular. Lazy reached number two in the UK charts in 2002 but I don’t have much time for that bouncy poptastic house fare. The band released a couple of albums before Ashley left in 2009 to do his own thing.

And joy of joys, it turns out Ashley has been indulging his reggae influences since then – in addition to continuing the prolific remix duties.

I’ll skip over a heartbreakingly average album with Horace Andy and fast forward to Yardism and Yardism 2. This is proper dub-infused acid house business.

But we started this blog with remixes, so let’s finish with remixes. Here is some delightfully fluffy head candy from Orm remixed by our hero in his Afrikanz on Marz guise:

And this glorious piece of Factory-fuelled disco bizness: